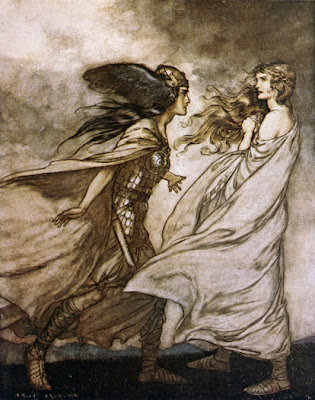 Wikipedia:
He was born in London as one of 12 children. At the age of 18, he worked as a clerk at the Westminster Fire Office and began studying at the Lambeth School of Art. In 1892 he quit his job and started working for The Westminster Budget as a reporter and illustrator. His first book illustrations were published in 1893 in The Dolly Dialogues. Book illustrating then became Rackham's career for the rest of his life.

In 1903, he married Edyth Starkie, with whom he had one daughter, Barbara, in 1908. His works were included in numerous exhibitions, including one at the Louvre in Paris in 1914. Arthur Rackham died 1939 of cancer in his home in Limpsfield, Surrey.

Major works of illustration by Arthur Rackham include the children's books:


While he may be best known for his elaborate illustrations of children's literature and fairy tales, he also illustrated books for adult readers. 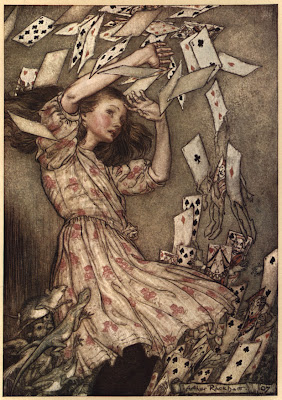 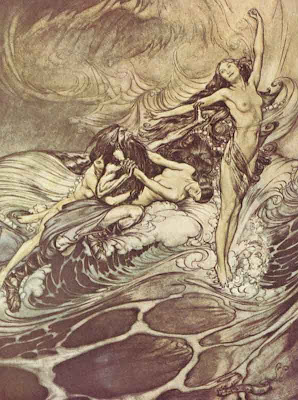 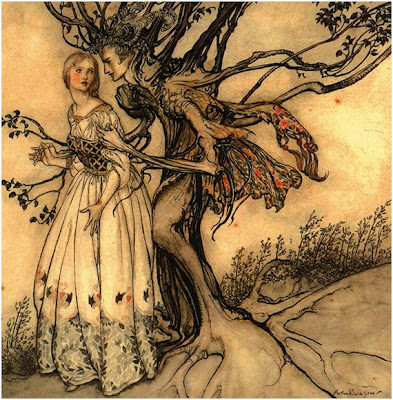 ♥ i love his art of storytelling. *sighs*
Posted by a visualizing lurker at 11:58

i have always loved that alice and the playing cards illustration. beautiful.