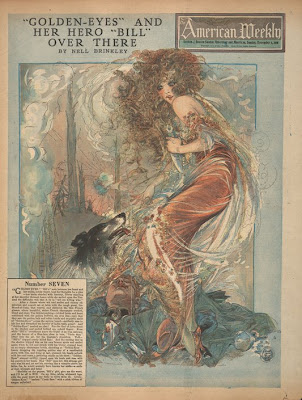 Nell Brinkley was one of the famous American comic artists at the beginning of the twentieth century. In 1902, while still a young student, she was hired as an illustrator by the Denver Post for $7 per week, and drew romantic cartoons. Four years later she moved to New York City where she worked for William Randolf Hearst and the New York Evening Journal. Her work also appeared in Harpers, Cosmopolitan and Good Housekeeping, but she stayed with Hearst for 31 years.
-source 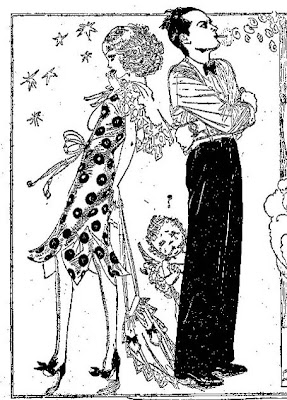 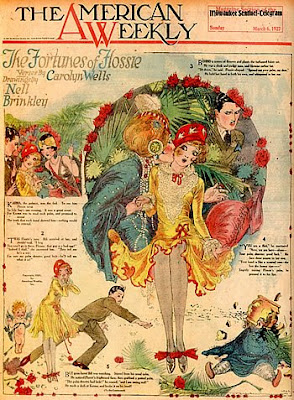 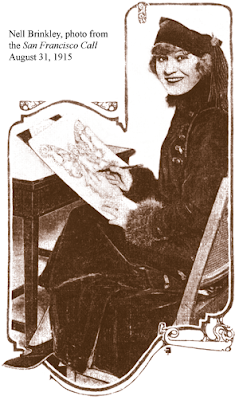 Nell had always refused to create comics, despite the urgings of Evening Journal editor Arthur Brisbane. Nevertheless, she would occasionally produce multi-panelled thematic pages and some narratives, that are essentially comics. One good example of these, 'The Five Senses', was selected by historian Thomas Craven to represent her in his mammoth 1943 anthology Cartoon.
-Paul Gravett, source
order - the book comes out in April!

I wonder why Nell refused to make comics... i love her works and she would have make some amazing graphic novels. oh well.
Posted by a visualizing lurker at 13:50

some artists have different perspectives.

for instance, i met the best writer but he refused to publish. he was angry because he felt that people don't appreciate small things.

i haven't displayed my paintings yet because people think art is a beautiful thing but i don't. my opinion, art is the process of destruction.

we are all different.