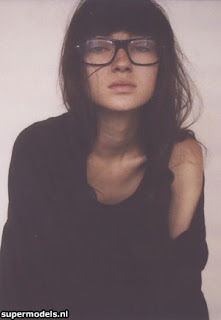 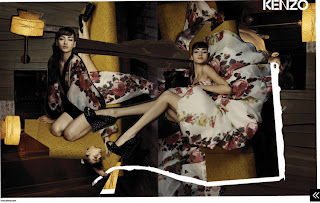 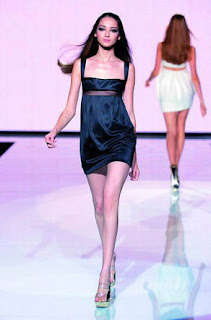 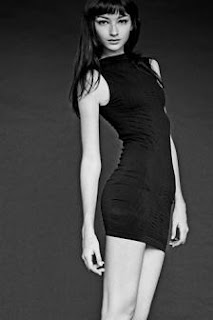 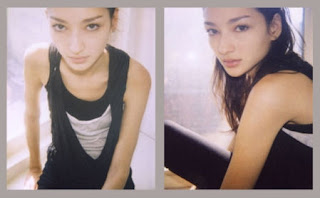 Bruna Tenório, born June 27, 1989 in Maceió, Alagoas, Brazil, is a supermodel. She has walked in many famous runway shows including Dior, Louis Vuitton, Ralph Lauren, Chanel, and many others.

She has appeared in ad campaigns for Anna Sui, D&G, D&G Time, D&G Jewels, Kenzo, and most recently, Akris (a Paris-based label).

Bruna has Japanese and Chinese ancestry. (Also noted, Brazilian, but not in Wiki)

About modeling:
"It's very new to me, but I stay prepared and focused. It's a profession, isn't it?"

About her dreams:
"To grow up more. Establish myself. Changes the lives of the people I love."

Well regardless all that fact, I loveee that glasses pic of her, DAMNIT! she totally can pull off big glasses way better than I at age ten. arrr....